The Oxford English Dictionary has chosen the neologism (new word) "omnishambles" as its Word Of The Year for 2012. The OED's blog defines this recent addition to the English vocabulary as "a situation that has been comprehensively mismanaged, characterized by a string of blunders and miscalculations". It is a noun and is used informally. The word is a combination of the prefix "omni," which means "in all ways" or "of all things," and "shambles," which means "a state of total disorder from every possible angle". The word was first coined in 2009 in a BBC political comedy but rose to prominence earlier this year after it was used to attack the British government by at least eight politicians in the British Parliament. 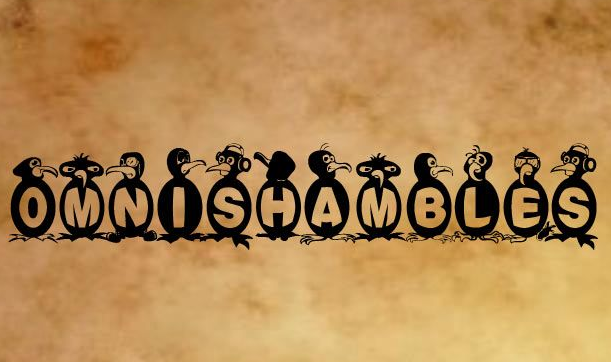 Other words in Oxford's top ten include "Eurogeddon" , the threatened financial collapse in Europe and "second screening" , to watch television and a device such as an iPad simultaneously. The texting acronym "YOLO" you only live once also made it onto the list. Oxford said there was no guarantee omnishambles would be added to its dictionary. It said the word first had to "stand the test of time". Oxford selects its Word Of The Year "to reflect the ethos of the year and its lasting potential as a word of cultural significance". Past winners include "podcast," "carbon footprint" and "credit crunch". This year's American winner is "gif" the format extension of many images on the Internet.