Do you ever get angry at people walking slowly in front of you? If you do, you might be suffering from Intermittent Explosive Disorder (IED). A University of Hawaii professor, Leon James, has studied people’s emotions as they walk along busy streets in New York City. He discovered that many people have “serious problems” when someone walking at a snail’s pace in front of them impedes their progress. Dr James, a psychology professor, called the condition “sidewalk rage”. James is developing a Pedestrian Aggressiveness Syndrome Scale (PASS) to measure the different levels of sidewalk rage. It measures 15 different behaviors that indicate sidewalk rage. These include muttering to yourself, bumping into other pedestrians on purpose, glaring, and walking too closely to other people. 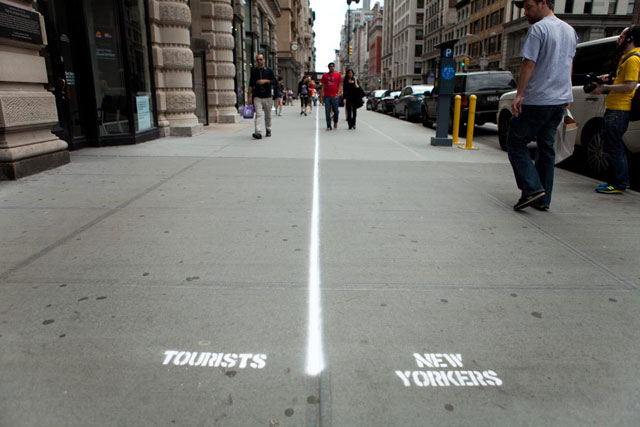 Dr James'research found that tourists are those most likely to cause IED. They are the slowest walkers, at an average of 1.16 metres per second. IED sufferers should easily be able to spot tourists and change course to avoid any chances of getting angry. Next slowest are smokers, cellphone users, and people with bags. These walk between 1.27 and 1.3 metres per second. The fastest walkers, at 1.4 metres per second, are those who listen to music. New York resident Jim Redman said he was shocked when he found out about the research. “That’s me!” he said. “I get sidewalk rage every day. I can’t stand it when people walk so slow in the city. I have no patience with them,” he added. Mr Redman confessed that he also showed signs of IED in his home when his children slow down his journey to the bathroom.