GWEN IFILL: The earth rumbled today in North Korea with a big bang that shook capitals around the world. The communist regime declared it had carried out a thermonuclear explosion, which, if it turns out to be true, would represent a quantum leap beyond anything it's managed before.

The nuclear news was trumpeted on North Korean state television.

WOMAN (through interpreter): The first hydrogen bomb test was successfully conducted at 10:00 on January 6, 2016.

GWEN IFILL: State TV also showed photos of the North Korean leader, Kim Jong-un, signing orders for what it called a hydrogen bomb test. But the announcement broadcast on big screens in the capital, Pyongyang, was quickly condemned around the world, especially in China, the North's last major ally. 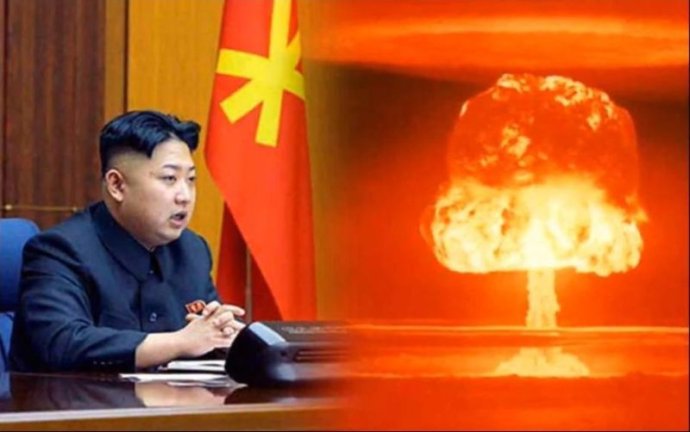 GWEN IFILL: Whether it was really a hydrogen bomb was also widely questioned, especially in neighboring South Korea.

LEE CHEOL-WOO, South Korean lawmaker (through interpreter): Judging from the measurements, it probably falls short of being a hydrogen bomb, although North Korea claims it is a hydrogen bomb.

JOSH EARNEST, White House Press Secretary: The initial analysis that's been conducted of the events that were reported overnight is not consistent with North Korean claims of hydrogen bomb test. There's nothing that's occurred in the last 24 hours that's caused the United States government to change our assessment of North Korea's technical and military capabilities.

A working hydrogen bomb would be hundreds of times more powerful than what North Korea detonated in three earlier underground tests. And, if miniaturized, it might fit on a missile, as the communist regime claims.

Pyongyang has long sought to develop missiles that could reach the Western United States. The U.N. Security Council branded the test a clear threat to international peace and security and it pledged to pursue additional sanctions.

A number of sanctions are already in place against North Korea, an isolated nation with more than 12 million people living in extreme poverty.

We will examine North Korea's claims about today's test, and what it all means, after the news summary.