Police in Belgium say they have arrested two people suspected of planning terror attacks in Brussels on New Year's Eve. Police initially made six arrests but later released four without charge. Investigators found military clothing and Islamic State propaganda in the houses, but no weapons or explosives. They issued a statement, saying: "Our investigation revealed serious threats of an attack on symbolic places in Brussels during the celebrations for New Year's Eve." The two suspects were arrested following searches Sunday and Monday in Brussels and across Belgium. The police did not say whether the suspects were male or female, nor if they were looking for other suspects. 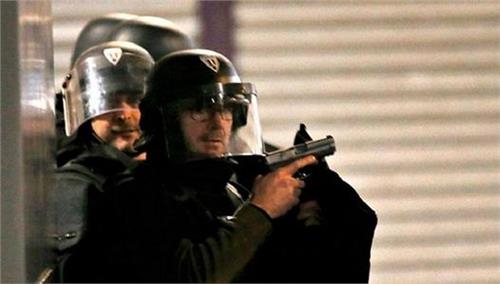 The arrests are not linked to the November Paris attacks in which 130 people were killed. Brussels has been on high alert since those attacks, with intelligence reports suggesting an attack of some kind was coming. In the wake of the Paris attacks, schools, universities and the Metro were shut down in Brussels for several days in November. The city was put on the highest state of alert as authorities warned of a "serious and imminent" terror threat. Brussels has also been at the centre of investigations into the Paris attacks after it emerged that two of the Paris suicide bombers had lived in Belgium. Other major European cities are also on alert and police have warned citizens to be vigilant.