Scientists in the USA have seen something amazing in space for the very first time. They saw gravitational waves. These are waves that form in space and travel outwards. The waves are similar to how ripples in water move outwards after you throw a stone in a lake. The gravitational waves in space start when two giant space objects hit each other. Albert Einstein first spoke about waves in space in 1916 when he made his General Theory of Relativity. One hundred years later, the researchers have proved that Einstein's theory was right. The researchers used powerful technology to see the gravitational waves. Einstein did not have this technology. He used his genius to predict that the waves existed. 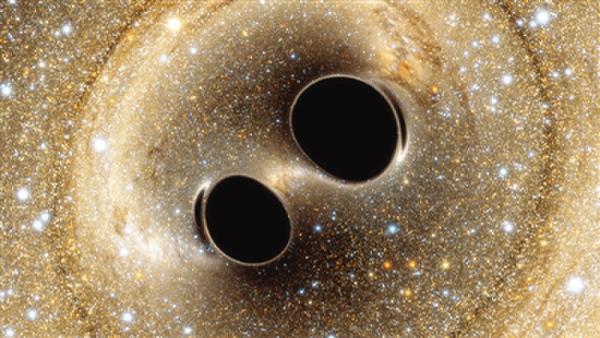 Scientists say the discovery of the gravitational waves is one of the most important discoveries ever. Dr Lawrence Krauss, from Arizona State University, said the discovery was as great as the invention of the telescope. He said it would let scientists see many new things in space. It would also answer many questions about our universe. Dr Krauss said: "It has opened a new window on the universe, just like the telescope." He added that: "Using gravitational waves to explore the universe will allow us to see things we could have never seen before. It will also allow us to explore objects in the universe we've never seen before." He said it was beautiful that the discovery happened 100 years after Einstein's prediction.