Have you ever wondered why you are hungrier than usual if you do not get a good night's sleep? Researchers from the University of Chicago say they have found one reason. Their study reveals that a lack of sleep makes people hungrier the following day. Sleeplessness releases chemicals in the brain that enhance the pleasure derived from eating, which also makes us eat more. We want to eat food that is high in calories. The researchers found that sleep-deprived people craved crisps, sweets and biscuits far more than healthier foods. The researchers also reported that people in the study who did not get enough sleep ate up to twice as much fat content as when they had slept for eight hours. 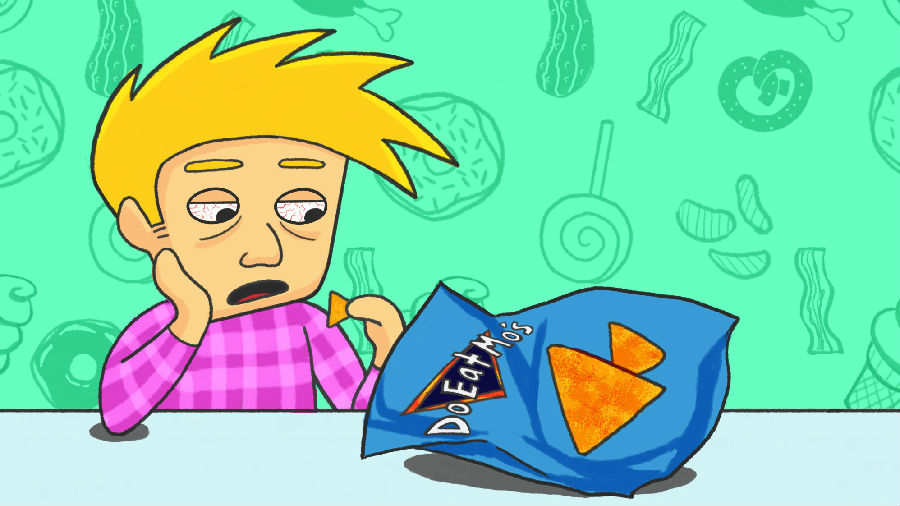 The study was conducted on 14 male and female volunteers in their twenties. They were observed by researchers in two different situations. In one, they spent 8.5 hours in bed each night and averaged 7.5 hours of sleep. In the other, they spent just 4.5 hours in bed and averaged 4.2 hours of sleep. The researchers noted that in the first situation, the subjects ate three meals a day, as normal. However, in the second situation, where they had been deprived of sleep, the volunteers were unable to resist what the researchers called "highly palatable, rewarding snacks". This happened just 90 minutes after they had eaten a meal that supplied them with 90 per cent of their required daily calories.