Pope Francis is more popular than any political world leader. This is what an opinion poll has suggested. The poll was carried out by WIN/Gallup International on Thursday. It found that 54 per cent of people around the world have a favourable opinion of the Pope. Researchers asked over 1,000 people in 64 countries about who they thought was the world's best leader. Pope Francis was most popular with Roman Catholics. Around 85 per cent of Catholics who took part in the poll said they had a favourable opinion of him. Most of the people who did not believe in any god had a favourable opinion of the Pope. The president of WIN/Gallup International said: "Pope Francis is a leader who transcends his own religion." 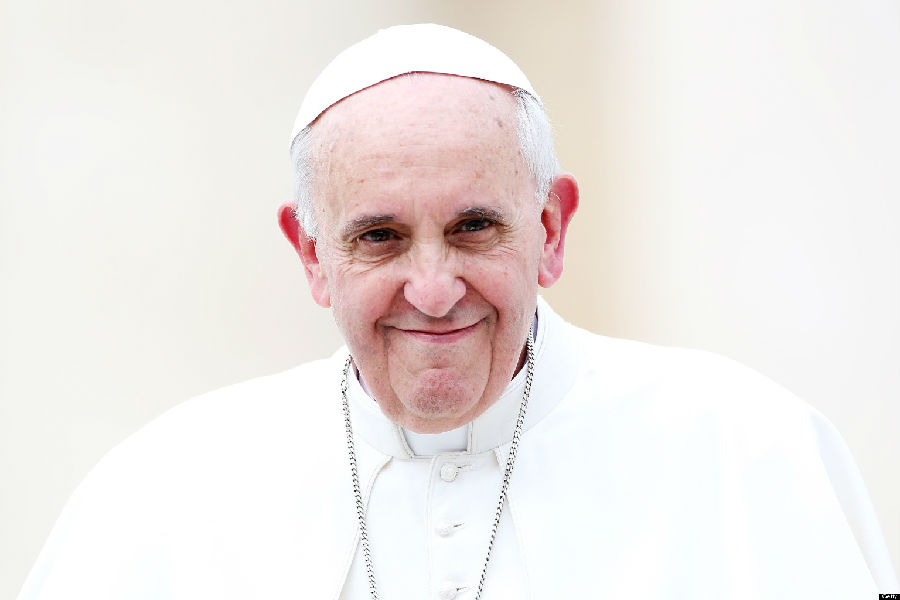 It was fairly predictable where Pope Francis, 79, was most popular. The largely Catholic countries of Portugal and the Philippines were the most enthusiastic about him, with ratings of 94% and 93%. Pope Francis's lowest ratings came in Algeria, Tunisia and Turkey. These were the only countries in the poll to give Francis a negative rating. Most people in Azerbaijan said they did not know much about him. The Pope beat other world leaders like U.S. president Barack Obama and German chancellor Angela Merkel. The BBC's religious affairs correspondent said: "Francis has enjoyed enormous goodwill and won the hearts and minds not just of Roman Catholics but also of people from other religions."