MEGAN THOMPSON, PBS ANCHOR: Saudi Arabia is the world's number two oil producer behind the U.S. and has the second-largest oil reserves after Venezuela. But a slump in global oil prices has Saudi Arabia rethinking its near-total dependence on oil revenue. Tomorrow, the monarchy's expected to unveil a new vision for economic and possibly political reform.

Joining me here to discuss that is David Rothkopf, the editor of "Foreign Policy" magazine. Thank you so much for being here.

MEGAN THOMPSON: So how is it that Saudi Arabia might be planning to wean itself off its near total dependence on oil revenues? What do we expect might be unveiled tomorrow?

DAVID ROTHKOPF: Well, I think they're following the lead of some of their neighbors. A year ago, the United Arab Emirates announced a plan to move off of oil. They've been actually on this track for some time. I think they've gotten their economy down to less than 30 percent dependent on oil and are heading for even lower.

Why? Because when you're dependent on oil, you're vulnerable to oil markets. And the Saudis felt this very hard last year. It produced – falling oil prices produced huge deficit. Really squeezed the economy and reduced their leverage globally in a number of other ways. 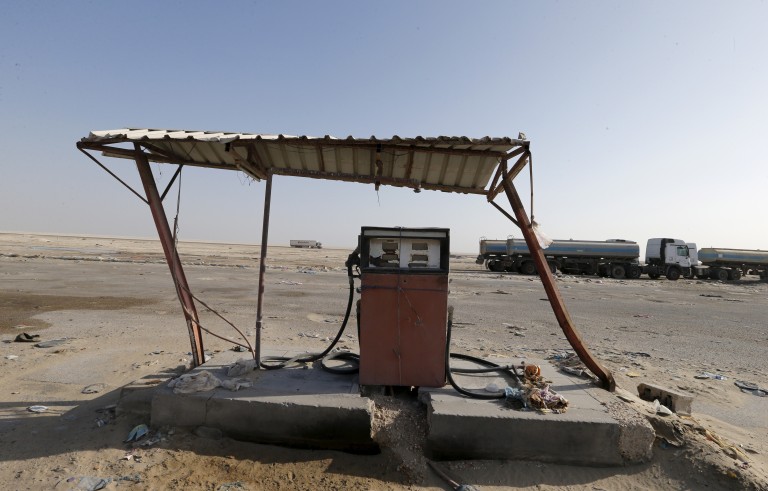 MEGAN THOMPSON: Do we know anything about the specific steps they're going to take economically?

DAVID ROTHKOPF: We've seen some indications that they're going to move away from subsidies as they've done for gasoline, that they're going to move toward diversification of the economy, supporting other industries. You may also see certain kinds of political and social reforms. The son of the king, Mohammed Bin Salman, just did an interview in Bloomberg Businessweek in which he talked about how in the day of the Mohammed, women had the right to ride a camel, so why wouldn't it be that they had the right to drive a car?

That may seem commonsensical, but it certainly is a departure from the policies that you've seen in the past.

MEGAN THOMPSON: Can you talk a little bit more about Prince Mohammed? What's his reputation, and how do you think the reforms are going to be taken publicly?

DAVID ROTHKOPF: His reputation is growing. You know, when his father came in, it was like, well, who's this kid and what's – what's going on? But behind the scenes, he'd been a big player and had a relationship with the prior king and had really tried to voice his influence, which produced some resentment.

But now that he's in power, he has won a great deal of respect. And in fact, one of the most reliable diplomats I know in the region said to me yesterday after having spent some time with him that he's the real deal. That this is a serious person with a serious agenda, real influence, and the ability to get things done.

MEGAN THOMPSON: Has Saudi Arabia's relationship with the United States affected this push for reforms?

DAVID ROTHKOPF: You know, you can tell when you talk to Saudi leaders that they're looking at their watches, they're waiting for November. They want to be done with this because they really see the primary Obama policy in the Middle East over the course of the past several years being a shift from the traditional partnership with Saudi Arabia and the Gulf towards an opening to Iran. Iran is the Saudi rival of rivals. This has been painful for them.

But I think they're also feeling the squeeze because both from the U.S. and from Europe, the policies that they've had, some of their past support for unsavory characters, their justice system as you mentioned earlier, their views toward women, have really made them an outlier. And I think that if they wish to become the leader in the region, they're going to need to make some of these changes happen on a social level and not just on an energy policy level.

MEGAN THOMPSON: All right David Rothkopf from "Foreign Policy" magazine, thank you so much for being here.