An international team of scientists has discovered a huge coral reef in the Amazon River. The team from the universities of Georgia in the USA and Rio de Janeiro in Brazil was on an expedition to learn more about Amazon River plumes when it made the discovery. Plumes are the areas close to where a river meets the sea and the river's freshwater mixes with the saltwater of the ocean. The reef system spans an area of 5,800 square kilometres, stretching from the coast of French Guiana to the rainforest of the Brazilian state of Maranhao. The finding has surprised marine biologists because reefs are rarely found in large rivers as the water is usually too muddy and dark, and does not contain enough salt. 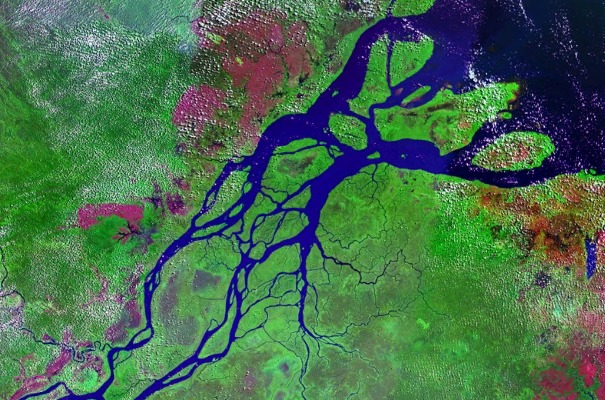 The scientists only explored 10 per cent of the reef. They said there were many sponges, creatures and other marine life that had adapted to life in the darker waters. They also recorded 73 species of reef fish, many of them carnivorous. Researcher Dr. Patricia Yager enthused about what she had seen. She said: "We brought up the most amazing and colorful animals I have ever seen on an expedition." Sadly, not all news about the reef is good. The whole area has been earmarked for oil exploration. Dr Yager warned that: "From ocean acidification and ocean warming to plans for offshore oil exploration right on top of these new discoveries, the whole system is at risk from human impacts."