Football fans in the English city of Leicester have been celebrating a fairytale win for their club. Leicester City won England's Premier League for the first time in their 132-year history. The team beat the traditional powerhouses of Manchester United and Chelsea to the title. Many journalists are saying it is the greatest achievement in the history of sport. Leicester were bottom of the 20-team Premier League last year. They were nearly relegated to a lower league. However, their style of play totally changed this year. Their team spirit, the introduction of new players and a new coach all combined to make them almost unbeatable. They won the title on Monday night and their supporters around the world went crazy. 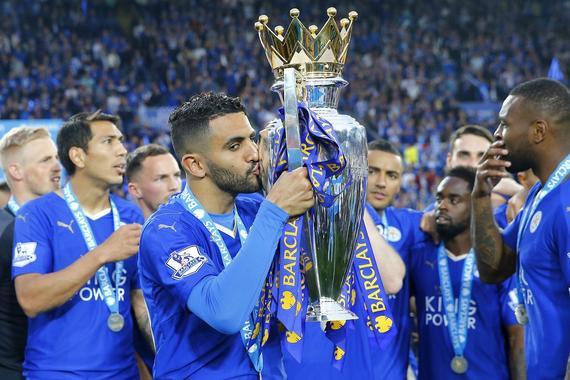 Leicester City were promoted to England’s Premier League only two years ago. They were hot favourites to go back down to the lower league again this season. No one gave them a chance of winning the Premier League. Last August, they were 5,000-1 against winning the title. That means if you had put a $1 bet on them to win, you could now collect $5,000. The actor Tom Hanks said he bet $100 on Leicester to win and will now get $500,000 back. Leicester's whole team cost less to buy than just one star in the top teams. Despite this, two Leicester players won the top player of the year awards in England. It is also likely that Leicester's Italian manager Claudio Ranieri will be world coach of the year.