JUDY WOODRUFF: Let's return now to one of the biggest moves made by the Obama administration to affect Americans' take-home pay. Those are new rules on overtime.

The changes effectively mean that 12 million more workers could qualify for time-and-a-half after working 40 hours a week. That includes four-million-plus whose duties make them eligible with a higher salary threshold and many others considered previously exempt from overtime.

William Brangham interviewed the secretary of labor from the White House earlier today.

Why this change? And exactly what kinds of workers are you trying to help?

THOMAS PEREZ, Secretary of Labor: Sure.

This change is designed to fortify two basic pillars of the Fair Labor Standards Act, which is really the crown jewel of worker protection. Number one is middle-class jobs should pay a middle-class wage. And, number two, when you work extra, you should be paid extra.

And the problem we're solving here, William, is that over the course of time, the threshold that differentiated people who were exempt employees, that is, exempt from overtime eligibility, vs. people who are overtime eligible, it hasn't kept up with the cost of living.

And so it has really, really diminished its purchasing power. And then, secondly, in 2004, the Bush administration issued a new rule. And they, frankly, took virtually all the leverage away from workers and gave it to businesses. And that's why you have workers working 70 hours a week managing retail stores and other stores, and making $25,000, $30,000 a year, which was basically at minimum wage. 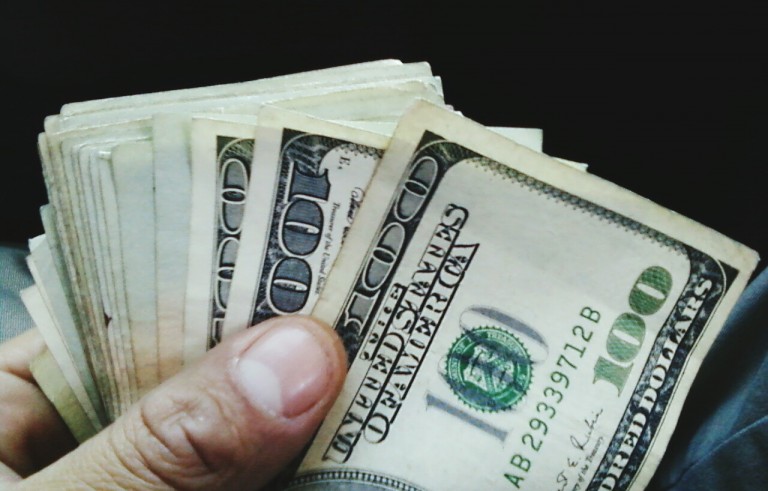 WILLIAM BRANGHAM: A number of industry groups have criticized these rules. And I would like to address some of their concerns.

One is the argument that employees will simply reclassify some salaried workers into hourly workers to avoid paying them the overtime. They argue that these rules could then mean a demotion for millions of workers.

THOMAS PEREZ: Well, actually, I just met with a group of people, the vice president and I, in Ohio, a remarkable employer that has 600 employees, national footprint.

And so this notion that suddenly workers are going to feel diminished stature, we did a lot of outreach on this. And, you know, that — that wasn't our experience. And employers have a lot of flexibility. If you are making $40,000 now, and the new threshold is $47,476, you can still call that worker a salaried $40,000 employee who's overtime eligible.

So they are still a salaried employee. The business owner that the vice president and I met with, they made a different choice and it worked for their workers. Flexibility is the watchword of the Fair Labor Standards Act and this new overtime rule.

So, employers have plenty of options.

WILLIAM BRANGHAM: There is another concern, that employers might cut back a worker's hours to avoid paying them overtime, or they might just lower wages to compensate if they have to pay it.

Could these rules end up triggering a pay cut?

THOMAS PEREZ: Well, you know, we — in 2004, there was the rule put in place by the Bush administration, and employers were faced with this. And I hear this criticism that they're actually going to reduce their wages.

Well, then it stands to reason that that should have happened in 2004 as well. But, at least to the best of my knowledge, it didn't. And here's why it didn't then and it won't now. These are the most valuable employees in many people's work forces. They open the store. They close the store. They hire. They fire. They go to the bank and deposit the money.

And so I appreciate the concerns, but, you know, the economy is out of balance because so many managers have lost their leverage. And we're trying to restore that leverage.

WILLIAM BRANGHAM: I mean, it's not just industry that has raised questions. Some leaders in higher education and nonprofits have also expressed a fear about what this could do to their work force as well.

THOMAS PEREZ: Well, we have done a lot of discussion with higher ed. And what they learned when we would discuss this issue with them is, they have remarkable amounts of flexibility that they were unaware of.

We had someone from higher ed say, oh, my God, my teachers work 70 hours a week, and now have I to pay them overtime. Well, actually, that's not true, because the Fair Labor Standards Act exempts teachers, it exempts research assistants, it exempts wide categories of employees.

I heard from a public university about all the challenges of compliance, but they were unaware of the fact that public universities can give comp time, in lieu of overtime pay, for these workers. And when they heard that, you should have seen them. The lightbulb be went off.

And so I think there is a pretty good road map for compliance for folks in higher ed. And I would note this, William, which is that, you know, over 50 percent of the 4.2 million workers who are going to directly benefit from this rule have a college degree. And over 80 percent have some college.

I always thought the mission of higher ed was to help prepare workers so that they can be productive citizens and punch their ticket to the middle class. So, you know, it's a little inconsistent to have that mission and then say, well, hey, wait a minute, we shouldn't be raising wages of our graduates, especially when I see the salaries of, like, the football coach at a couple of the universities that came to talk to us.

When you pay them five, six, seven million dollars a year, you ought to be able to figure out a way to make sure that the person who manages the cafeteria in one of your halls can get a middle-class salary.

WILLIAM BRANGHAM: All right, Labor Secretary Thomas Perez, thanks very much for joining us.