JUDY WOODRUFF: We take a closer look now at the State Department's inspector general report on Hillary Clinton's use of a private e-mail server.

Rosalind Helderman of The Washington Post has been covering this ongoing story.

Welcome back to the program, Roz Helderman.

So, first, tell us, what would you say the main findings of this report are?

ROSALIND HELDERMAN, The Washington Post: So, this was a report that looked at e-mail use by the past five secretaries of state, and it concluded that there have been systemic problems in how the State Department has gone about preserving public records over the course of the tenures of multiple secretaries of state.

However, it was particularly critical of Hillary Clinton and her use of private e-mail. It said, for instance, that, that use did, in fact, violate department policies that were put in place to ensure compliance with the Federal Records Act, public records laws. 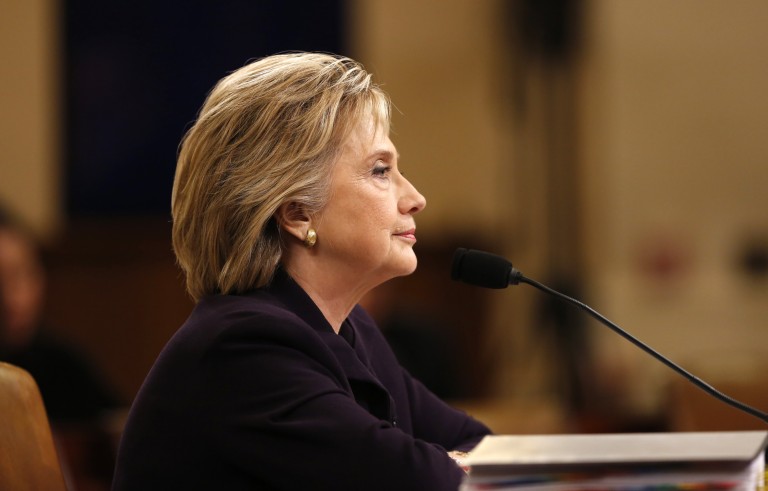 JUDY WOODRUFF: And does it say that the rules, the guidelines were clear, should have been clear to Secretary Clinton and the people around her?

That said, the report does specifically say that the warnings about the risks of using private e-mail for public business and the discouragement from doing so have become much more numerous and pointed and descriptive while Secretary Clinton was in office.

And so, whereas her predecessor, Secretary Colin Powell was also criticized by the report for using private e-mail, the dangers of doing so might, perhaps, have been more clear to Secretary Clinton.

ROSALIND HELDERMAN: They have said that they didn't know that they were in violation.

And one interesting thing is, she and her aides have said that she wants to cooperate with all these inquiries, but, in fact, she didn't sit with an interview with the State Department's inspector general, and a number of the top aides didn't respond to questionnaires, which makes it harder a little bit to know what they had in their minds while they were doing this.

JUDY WOODRUFF: Is it known why they didn't cooperate? I guess the report says she's the only one of the former secretaries of state who didn't.

The other four or five, including current Secretary John Kerry, did sit for interviews. The report doesn't provide a reason why she didn't.

JUDY WOODRUFF: Roz Helderman, how does this contrast with what Hillary Clinton herself has said about this whole business?

ROSALIND HELDERMAN: Well, in some ways, it fits with what she has said, although it takes a much more critical view of those things.

For instance, she has acknowledged that she didn't seek approval. The report criticizes her for doing that, saying that she should have sought legal review and had other people weigh in on the security of the system.

JUDY WOODRUFF: And one other, I think, question on everybody's mind is, what about the security breaches? Does the report get into what security was put at risk or security — what information was put at risk because of the fact she used this private server?

ROSALIND HELDERMAN: The main point of the report was to look at record-keeping and the federal records law. And so it specifically says that it wasn't intended to look at the security of the system.

However, it does say two interesting things about security. One is that it just notes that she didn't provide a full briefing to cyber-security officials within the department about what kind of encryption and other safeguards were in place on the system, and it's critical of that.

And then the other is that it notes that there were several times where people expressed fears that the system might have been hacked, not necessarily that it was hacked, and her people have said that it wasn't. But they expressed fear that it might have been hacked and that those potential breaches were not reported to cyber-security officials, which is another violation of department policy.

JUDY WOODRUFF: Roz Helderman, just quickly, am I right that the report says that Hillary Clinton, the people around her took her e-mails with them when she left office, didn't provide a copy of them until a delayed period of time?

It's quite critical of that, noting that she could have — even though she was using private e-mail, which is discouraged, she could have ensured that the record was kept by either printing e-mails at the time of her sending them and saving them, obviously having staff do that, or leaving behind all of her work-related e-mails when she left the department in February 2013.

Instead, that process was not completed until almost two years later, December 2014, after the State Department specifically requested them.

JUDY WOODRUFF: And, finally, Roz, any connection between this report and what we know is an ongoing FBI investigation?

ROSALIND HELDERMAN: There is not a connection.

In some ways, they're looking at two different things. This report looked at record-keeping and the Federal Records Act. The FBI investigation, from what we know, is looking at whether classified material was mishandled, sort of the security of the system. That is ongoing. The FBI director has said that he feels no external pressure to wrap that up, although he does know that people are anxious for its results.

JUDY WOODRUFF: Roz Helderman with The Washington Post, we thank you.