Police in Sudan have arrested one of the world's most wanted people smugglers. The smuggler is Mered Medhanie, 35, from the East African country of Eritrea. He has the nickname of 'The General' because of the way he plans and carries out people smuggling. Police say Mered's actions resulted in the deaths of hundreds of migrants – people trying to leave Africa to go to Europe to try to find a better life. At least 359 migrants died when their boat sank near Lampedusa in the Mediterranean Sea in 2013. The Sudanese police found Mered in a secret hideout in the capital Khartoum. They worked closely with Britain's National Crime Agency (NCA) and British intelligence services. 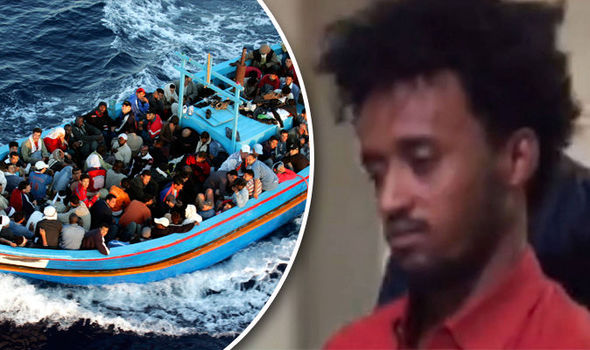 Sudan will give Mered to the police in Italy, where he could get a long prison sentence. Detectives say he controlled a huge organisation that smuggled thousands of migrants from Africa and the Middle East across the Mediterranean to Europe. He charged people up to $5,500 each to make the high-risk journey in dangerous boats. He became very rich from his activities. The NCA said Mered was a high-level human trafficker and that he did not care about people's lives. An NCA spokesperson said: "Medhanie is a prolific people smuggler and has absolute disregard for human life." Italian police said Mered's plan was to make a huge amount of money and then move to Sweden, where his wife lives.