Hundreds of gay men eager to give blood in the wake of the Orlando nightclub shooting have been turned away by blood centers. Despite a major clinic urging people to donate blood, it was prevented by federal law from accepting donations from gay men who had been sexually active in the past year. The shooting on Sunday morning left 50 people dead and 53 injured, some seriously. The killer, Omar Mateen, 29, used a semi-automatic assault rifle to create the carnage, which is now the deadliest mass shooting in U.S. history. Mateen, a New York native, supposedly targeted the LGBT community at the club after being angered at seeing two men kissing in Miami. 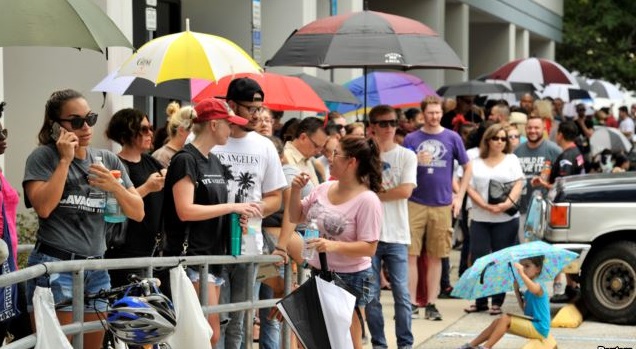 Many in the LGBT community are now protesting against the federal policy of barring gay men from donating blood unless they had been celibate in the previous year. Dr Ryan Stanton said donated blood must be tested for HIV and other infectious diseases before it could be used. The testing process typically takes about 24 hours. He said: "Anybody who meets the basic qualifications, whether homosexual or heterosexual, should be able to donate blood." The Atlantic said: "Even after the most deadly act against gay, lesbian, bisexual and transgender people in American history, the built-in homophobia of American public health keeps the country from mounting the most effective possible response."