A restaurant in the city of Modena, Italy, has been named as the best restaurant in the world. The restaurant Osteria Francescana was crowned number one at the World’s 50 Best Restaurants awards ceremony in New York. The ceremony is like the Oscars of the food world. Italian food is loved worldwide, but surprisingly, this is the first time an Italian eatery has won the annual prize. The Osteria Francescana came second in 2015 and third in 2013 and 2014. The chef and owner of the Osteria Francescana is Mr Massimo Bottura. He was very emotional on stage when he collected the award. He said: "I want to thank everyone because it has been so hard. Our job is all about art in the kitchen." 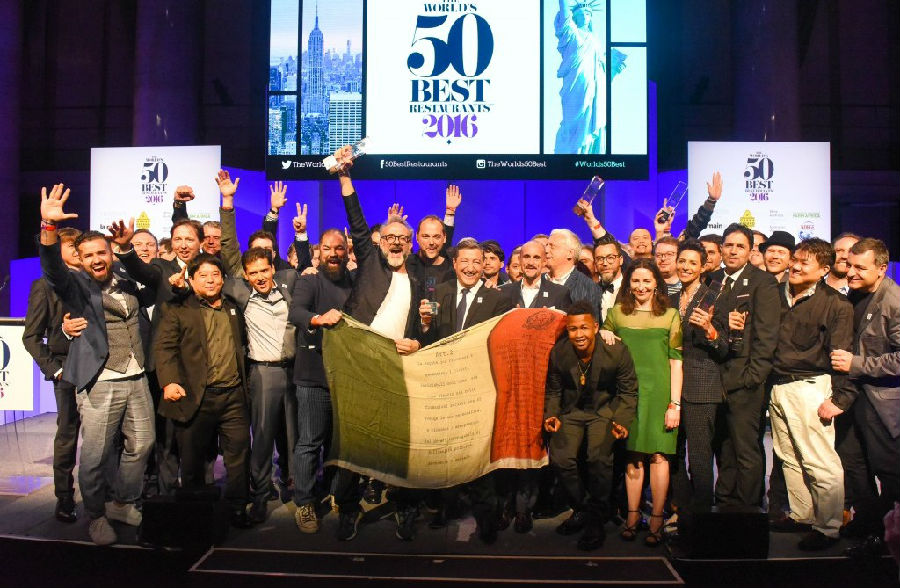 Winning the award has been good for business. The Osteria Francescana is fully booked until November. Anyone who wants to eat there must make a reservation six months in advance. Customers will now fly to Italy just to eat at Mr Bottura's restaurant. The competition judges gave Bottura the award for his creative and original food and traditional ingredients. In particular, Bottura makes amazing shapes with cheese and creates, "forms and textures most diners will never have previously experienced." One of his best-known dishes is a dessert called, "Oops, I Dropped the Lemon Tart". This is a pastry that the chef drops from half a metre and smashes on the plate.