Scientists say they are close to producing a pill that would protect us from the sun’s harmful ultraviolet (UV) rays. Researchers have located the chemicals coral uses to protect itself and can use these to produce a synthetic sun-shield compound. A sunscreen pill could be available by the year 2016. This is good news for sun-lovers as they would only need to take a pill once a week, instead of slapping sunscreen on every few hours. A sunbather on Sydney’s Bondi Beach welcomed this news, saying: “Bring it on. No more sunscreen. No more sunburn. Now we can stay out in the sun all day long.” However, some scientists warned the pill could be harmful as too much sun protection can lead to vitamin D deficiency, resulting in weak bones. 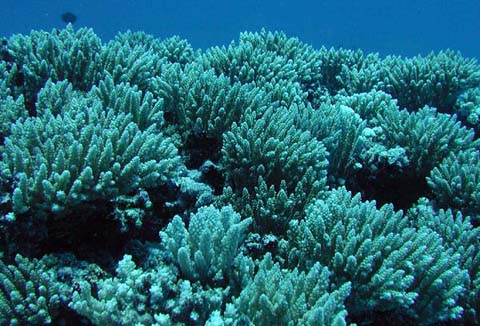 The research team analysed coral samples from Australia’s Great Barrier Reef to find out how coral can survive under the sun without suffering any damage. They discovered that algae provide the coral with the chemicals it needs to shield itself from UV rays. Lead scientist Dr Paul Long said: "What we have found is that the algae living within the coral makes a compound that we think is transported to the coral, which then modifies it into a sunscreen for the benefit of both the coral and the algae.” He added: “If we can determine how this compound is created and passed on, we could biosynthetically develop it in a laboratory to create a sunscreen for human use.” He said testing on humans could take place in the next two years.