A photo of the three-year-old son of Britain's Prince William has made animal rights groups angry. The photo is one of four released by the royal family to celebrate the third birthday of William's son, Prince George. It shows him sitting on the grass offering white chocolate ice cream to his pet dog. An animal charity immediately issued a warning to all pet owners about giving ice cream and chocolate to pets. The charity is the Royal Society for the Prevention of Cruelty to Animals (RSPCA). It said although Prince George was just trying to be kind to his dog, it wasn't a good thing to do because chocolate and ice cream are bad for dogs. The RSPCA charity said it did not advise others to follow the child's example. 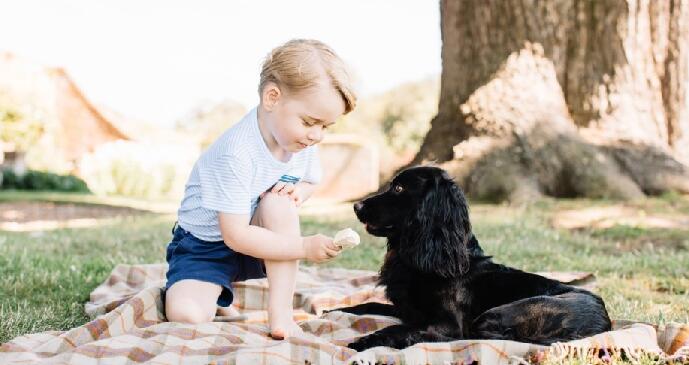 Some people have defended the photo and said Prince George is not wrong. They said a three-year-old does not know which things are dangerous for dogs. They said he was just playing like any child, and being kind to his pet. They also pointed out that the dog was not actually eating the ice cream in the photo. The RSPCA said: "It is lovely that Prince George is trying to help keep his family dog cool in high temperatures but we would advise pet owners to be cautious when giving their dogs food meant for human consumption as some items, like chocolate, can be highly toxic to dogs and dairy items can be difficult for them to digest." Chocolate poisons dogs, and can lead to a dog's death. Darker chocolate is more dangerous.