It seems the age-old tradition of children getting a bedtime story before sleeping is on the wane in Britain. A new study reveals that around a third of parents do not read bedtime stories to their children. The study, from British online retailer Littlewoods.com, also found that up to 50 per cent of children would prefer to watch TV or play computer games than be read a story. Researchers further discovered that a paltry five per cent of British under-sevens do not even own a book. Parents came up with a myriad of reasons why they did not read to their little ones. Thirteen per cent of parents blamed a lack of time, nine per cent said they are just "too stressed", while others said their children were simply not interested. 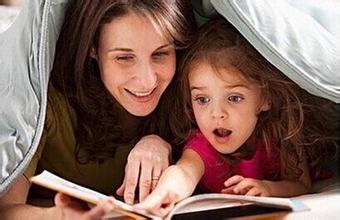 Littlewoods has teamed up with British pop star Natasha Hamilton to try and reverse this trend. They have launched a bedtime story writing competition for children under seven. Ms Hamilton, 31, told reporters: "I'm really excited to see all the different story ideas and can't wait to see what the kids come up with. Choosing a winner's not going to be easy." She spoke about her own joy as a mother in reading bedtime stories, saying: "As a mum of three, I know just how enjoyable reading bedtime stories to my kids is." A spokesman from Littlewoods.com said: "We appreciate how important it is for parents and kids to spend quality time together, and bedtime stories are a great way to do just this."