A study from the U.K. indicates that people who post too many "selfies" (photos of themselves) on Facebook and similar social networks risk damaging their real-life relationships. Wikipedia says a selfie is "a genre of self-portrait photograph…typically taken either with a camera held at arm's length or in a mirror." The report, from Birmingham University, analysed the impact of these photos on the relationships of 508 participants. The study found that excessive photo sharing and sharing certain types of photos makes almost everyone like you less. Head researcher Dr David Houghton said: "People, other than very close friends and relatives, don't seem to relate well to those who constantly share photos of themselves." 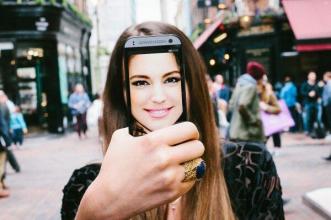 Wikipedia explains the rise in popularity of selfies. It says: "In December 2012, Time magazine noted that selfie was among its top 10 buzzwords of 2012." Celebrities such as singers Rihanna and Justin Bieber are famous for uploading hundreds of pics of themselves. Many people who post selfies will be surprised, perhaps shocked, by the Birmingham research. Wikipedia explains: "The appeal of selfies comes from…the control they give self-photographers over how they present themselves. Many selfies are intended to present a flattering image of the person, especially to friends whom the photographer expects to be supportive. The research may suggest the exact opposite is true.