More than one in four British mothers who have returned to work feel discriminated against. This is according to a survey conducted by the legal firm Slater and Gordon (S&G). Researchers questioned 1,975 women about their experiences in the workplace before and after giving birth. Most of the women had never filed any kind of complaint as they suspected it would be a waste of time and be even more detrimental to their career prospects. Grievances aired in the survey included mothers being overlooked for promotion, and more junior employees progressing faster up the career ladder. Another common gripe was their points of view being considered less worthy than those of colleagues without children. 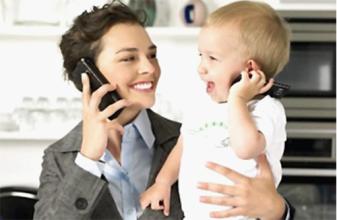 The findings contrast with the opinions of managers and employers. A director at Britain's Confederation of British Industry (CBI) said: "We don't recognise the picture painted here. Our experience is that businesses are better than ever at managing maternity leave and reintegrating mothers on their return." The UK's employment minister Jo Swinson said: "The government is committed to making sure that more businesses make the best use of women's talents throughout the organisation, from boardroom to the shop floor." S&G lawyer Kiran Daurka said: "It is shocking that so few women speak out when they suffer discrimination." She accused employers of avoiding the issues and of "burying their heads in the sand".