Watching sad or traumatic movies can sometimes be just what the doctor ordered. A new study reveals that watching distressing movies may boost our tolerance to pain. Researchers at Oxford University say that movies that get your emotions going can increase the amount of endorphins released by the brain. These are our body's natural painkillers - chemicals that make us feel better after physical or psychological pain. Dr Robin Dunbar, a co-author of the study, explained that: "Maybe the emotional [distress] you get from tragedy triggers the endorphin system." He added: "The same areas in the brain that deal with physical pain also handle psychological pain." 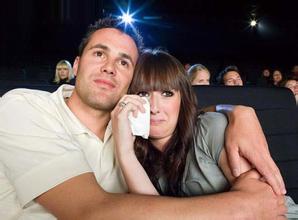 Dr Dunbar and his colleagues conducted a series of tests to determine the effect that tragic stories have on us. They invited 169 people to take part in the experiment. One group watched a traumatic drama about a disabled man battling homelessness, drug addiction and alcoholism. Another group watched a documentary on the geology and archaeology of Britain. The results showed that on average, the pain tolerance of those who watched the traumatic drama increased by 13.1 per cent. This compared to an average decrease in pain threshold of 4.6 per cent for those who watched the documentary. Dr Dunbar suggested one reason we like watching sad movies is the natural high from the endorphins.