Scientists say they have discovered the part of the brain that is responsible for us feeling miserable, anxious and stressed. A UK-based medical research company called Heptares Therapeutics said it has located the molecule related to depression. It is a protein found inside the brain called CRF1. The company said the protein, "is important in regulating the body's response to stress and is implicated in stress-related diseases such as depression and anxiety". The team used one of the world's most powerful x-ray machines in its research. Lead researcher Fiona Marshall said a greater understanding of the CRF1 protein could lead to ground-breaking drugs to control depression. 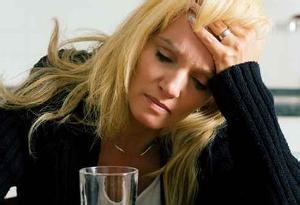 Britain's National Health Service (NHS) warned anyone suffering from depression or related illnesses not to get too excited about this research. It questioned whether a single molecule could really lead to depression, and said the condition actually resulted from a complex interaction of chemicals. An NHS statement expressed surprise at the way two of Britain's biggest newspapers have built the story up – "The Daily Mail" and "The Sunday Times". The latter reported that researchers had found the "miserable molecule," saying it was "the protein involved in all our feelings of stress, anxiety and even depression". The NHS said: "It's a great headline, but a hugely sweeping claim."