WILLIAM BRANGHAM, PBS NEWSHOUR WEEKEND ANCHOR: The most severe damage from Hurricane Matthew has occurred in the Caribbean, particularly on the island nation of Haiti, which is the poorest country in the western hemisphere. Authorities there say they believe the storm caused hundreds of deaths and has displaced thousands more. The United Nations says three quarters of a million Haitians need humanitarian aid immediately.

For more on the situation there, I am joined via telephone by journalist Ingrid Arneson. She's in the capital, Port-au-Prince.

Ingrid, thank you very, very much for being here.

Can you give us a sense of what you've been seeing? How bad is it there right now?

INGRID ARNESON, JOURNALIST (via telephone): William, the full impact of Hurricane Matthew is only emerging now. The hardest hit area, in the southern peninsula, was hit catastrophically. In terms of Port-au-Prince, Port-au-Prince is resuming natural actively. There's been two days of sunshine. The waters are receding.

But the worst hit, catastrophically for the country on an economic, ecological, humanitarian scale is the southern region, which comprises parts of Haiti.

BRANGHAM: And going forward today, tomorrow, early next week, what are the biggest challenges facing rescuers and aid agencies?

ARNESON: The biggest challenges are getting to the area. I spoke to the World Food Programme yesterday, and they said that as of now, they still don't know how to get supplies to the area, although they did have some prepositioned beforehand. But, of course, not enough for the hundreds of thousands of people that are stranded that were victims of the hurricane.

BRANGHAM: I understand that tomorrow is going to be the presidential election in Haiti. Obviously, that's not going to happen at this point. But does this power vacuum — I don't know if that's the right term for it — does this have any bearing on how the rescue efforts are going forward?

ARNESON: I don't believe so because all the international humanitarian agencies that were here for the earthquake in January 2010 are here and pretty much taking over the humanitarian effort for the southern side of the island. But, however, it's another storm for Haiti, a political storm. The much-awaited elections have been postponed, and this is after two failed attempts to elect a president since former President Michel Martelly left office in April of 2015.

You know, institutions cannot function. The ministries will have to be reelected. It's handicapped governance. 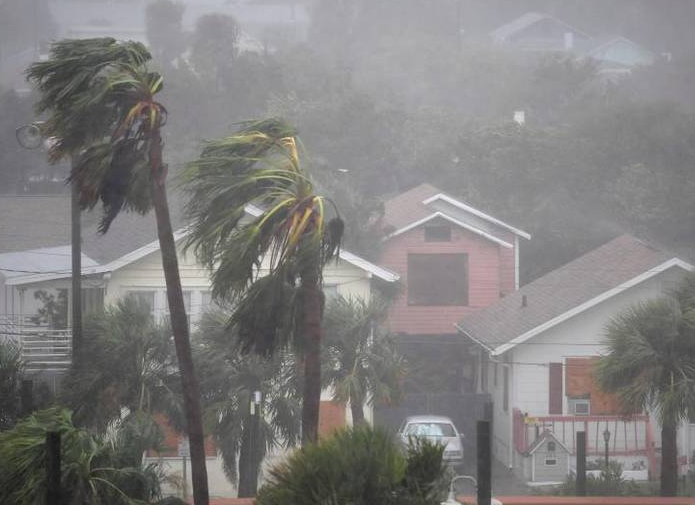 BRANGHAM: I mean, you have been covering Haiti since the mid-1980s, and obviously, the country is still dealing with the after-effects of the terrible earthquake in 2010. What is your sense of the long-term ability of Haiti to recover from that blow and now this blow?

ARNESON: Well, the 2010 January earthquake left Haiti basically 50 years back economically and in terms of reconstruction since the capital was flattened. Moving forward to today, Hurricane Matthew has carved yet another disastrous dent into Haiti's efforts to recover from the earthquake.

With the election being postponed, that means that there isn't really a — the solid institutions that are needed to deal with these kinds of disasters are not really formed, and they won't be formed until there's a formal president elected, and that takes office. For now, they've been floating along.

However, I just want to add, in terms of Hurricane Matthew's damage, what's emerging is an ecological disaster. The trees were ripped out in this area, which is the agricultural basket of Haiti, all their agricultural exports — mango, rice, corn, papayas, everything else.

And as we know already, Haiti suffers from deforestation, 90 percent of the country. This was possibly the only region that was as rich in soil and in vegetation. So, it's a huge, huge, huge impact economically.

BRANGHAM: All right. Journalist Ingrid Arneson, thank you very, very much for being here.