A new report says living in a city makes it harder for people to concentrate. The research found that people who live in rural areas can focus better than people in urban areas. The study is from Goldsmiths College, which is part of the University of London. Head researcher Dr Karina Linnell and her team studied how two groups of people did the same "thinking tasks". The team went to a remote part of Namibia, southwest Africa, to study the Himba tribe. Himba people live a very basic life in the desert, doing traditional farming. The team also studied members of the same tribe who had moved to the nearest town. Dr Linnell said the tribe who lived in the desert did much better on the tests than those in the town. 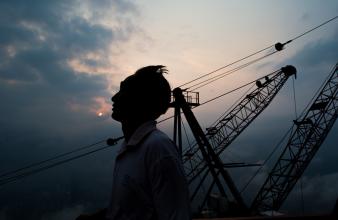 Dr Linnell's research may change the way companies operate. In the future, workers may relocate from cities to live and work in the countryside. Linnell said there are too many things around us in the city that stop us from thinking about one thing for a long time. This means we do not work at our best. She asked: "What if, for example, companies realised certain tasks would be better carried out by employees based outside of the urban environment where their concentration ability is better?" The past century has seen billions of people move from the countryside to big cities. If Dr Linnell's research is true, this century might see many of those people return to the great outdoors.