To put it in all context, here's John Yang.

JOHN YANG: Hillary Clinton has said job one after she and her husband left the White House in 1997 was making money. She talked about it in a 2014 ABC News interview.

HILLARY CLINTON (D), Presidential Nominee: We had no money when we got there, and we struggled to, you know, piece together the resources for mortgages for houses, for Chelsea's education.

You know, it wasn't easy. First of all, we had to pay off all our debts, which was — you know, you had to make double the money because of, obviously, taxes, and pay off the debt and get us houses and take care of family members. 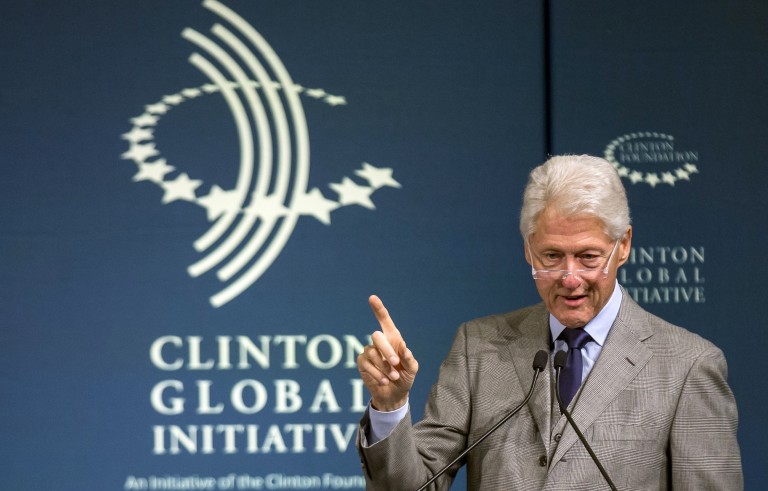 In November 2011, he wrote a memo describing the intersection of his foundation fund-raising efforts and his management of President Clinton's for-profit business opportunities, which Band called Bill Clinton, Inc.

For example, the for-profit Laureate International Universities, which gave the foundation more than $1 million, Band called it a foundation relationship that evolved into a personal advisory services business relationship for President Clinton. Clinton made more than $17 million over five years as a consultant and honorary chancellor.

Band wrote the memo as part of an internal audit which began after Chelsea Clinton accused him of hustling business at CGI meetings. It appears to have triggered some personal hostility. In November 2011, Band complained that she was acting like a spoiled brat kid who has nothing else to do.

There's also evidence that the Clinton campaign was concerned about the foundation's activities. In June 2015, campaign manager Robby Mook wrote campaign chairman John Podesta: "Do they plan to do big events next year? Possible for those to be smaller and lower-key in '16?"

Today, a Clinton campaign spokesman wouldn't confirm the authenticity of the e-mails, which he said were hacked by the Russian government to influence the election by weaponizing WikiLeaks.