The former chief of NATO, Anders Fogh Rasmussen, has said America needs to be the world's policeman to make sure the world is a safer place. Mr Rasmussen outlined his views in an interview with Britain's Sky News. He said America needed to intervene in the world's trouble spots to restore law and order. He said: "We need determined American global leadership." He stated that the USA had no choice but to act more forcefully, explaining that: "Syria is torn by war and conflict, Iraq is on the brink of collapse, Libya is a failed state,…Russia is attacking Ukraine and destabilising Eastern Europe, China is flexing its muscles, and the rogue state North Korea is threatening nuclear attacks." 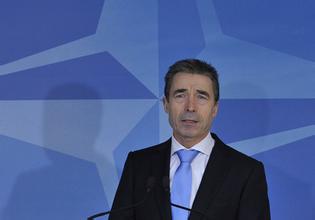 Mr Rasmussen was particularly critical of President Barack Obama, whom he says has not done enough to prevent conflict. He said: "Superpowers don't get to retire. Look around; you will see a world on fire." The Russia Today (RT) newspaper questions the value of recent U.S. military interventions. It said U.S. foreign policy has led to greater instability in the Middle East and North Africa. It stated that Libya plunged into chaos after the ouster of Muammar Gaddafi with the US having no post-exit plan. RT added that U.S. policy in Iraq and Syria created one of the greatest global security threats in the form of ISIS. It went on to write that the Taliban still control a third of Afghanistan, even after the US spent 15 years there.