A study from Stanford University in the USA suggests that very stressful events affect the brains of boys and girls in different ways. Researchers say that girls suffer more after traumatic events and are more likely to develop post-traumatic stress disorder (PTSD). They also say that because of this, girls and boys should be treated differently by doctors during the recovery process from PTSD. Lead researcher Dr Megan Klabunde said: "It is important that people who work with traumatised youth consider the sex differences. Our findings suggest it is possible that boys and girls could exhibit different trauma symptoms and that they might benefit from different approaches to treatment." 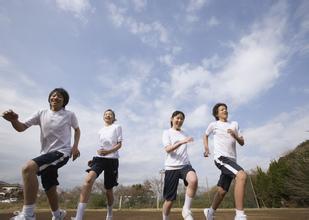 The research focused on a part of the brain that deals with emotions and empathy, called the insula. The smaller the insula, the more likely it is that someone will suffer from PTSD. Researchers discovered that the insula was particularly small in girls who had gone through a traumatic event. It was larger than usual in boys who had experienced a distressing, shocking or frightening event. Post-traumatic stress disorder is a mental disorder that can develop after traumatic events, such as sexual assault, warfare, traffic collisions, or threats on a person's life. Symptoms may include disturbing or suicidal thoughts, nightmares related to the events, and alterations to how a person thinks and feels.