An Internet campaign has come to the rescue of an 80-year-old man in the USA who was reduced to selling firewood on the roadside to pay for his wife's medical bills.Octogenarian Kenneth Smith spent hours a day selling kindling for $5 a bag. He started last year and was then helped by his wife of over 30 years, Helen, who was dying of lung cancer.Tragically, she lost her battle in October and Mr Smith was left with crippling hospital fees, which wiped out his life savings. A local woman, Jessica Pittman, saw Mr Smith and posted a Facebook message urging people to help him. Her post has been shared over 9,000 times and motorists have stopped their car to give Mr Smith some cash. 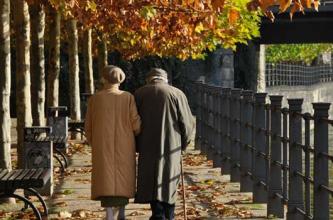 Ms Pittman's kind deed encouraged Mr Smith's son to go a step further and set up an online appeal. He created a page at the website GoFundMe and donations soon came flooding in from all corners of the Earth. The online campaign raised $20,000 in three days. Ms Pittman told the BBC that she had "no clue" her actions would prompt such generosity. She said: "Although it will not lessen the heartache of losing his wife, I am thankful it will at least take a little worry off of his plate and help him make ends meet." Mr Smith said he has been "overwhelmed" with the response. He added that even though his wife wasn't by his side, he still feels her presence, "because she's looking down on me," he said.