India's Prime Minister Narendra Modi has outlined his controversial plan to make India a cashless society. Indians are already up in arms following his recent and sudden decision to ban the old 500 and 1,000 rupee banknotes. They ceased to be legal tender in India from the 9th of November, although the old 500-rupee note was replaced by an updated version. The government claimed the move was an effort to stop the banknotes being used to fund terrorism, as well as being a crackdown on counterfeit money in India. The ban means 80 per cent of the country's currency has been withdrawn from circulation and business has been brought to a virtual standstill. It is very unpopular among most Indians. 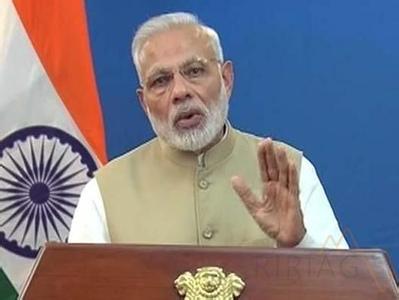 Mr Modi went a step further on Sunday when he called for a cashless society. He said in a televised speech: "I want to tell my small merchant brothers and sisters, this is the chance for you to enter the digital world." He added: "Learn the different ways you can use your bank accounts and Internet banking. Learn how to effectively use the apps of various banks on your phones. Learn how to run your business without cash. Learn about card payments and other electronic modes of payment….A cashless economy is secure. It is clean." He addressed India's more tech-savvy people by declaring that: "All the youth of India can do it very quickly, and within a month, the world can see a modern India."