Amazon just unveiled what it describes as the world's most advanced shopping technology. It is the prime feature of its new-concept grocery store that has no queues or checkout counters. It is called Amazon Go and is being trialled in the company's hometown of Seattle. The technology works via an app on a shopper's mobile device. The app automatically checks in when the shopper enters the store. It lets you shop as normal and then scans what you have bought as you leave the store. Amazon then bills you later and the shopping gets charged to your Amazon account. There is no waiting in line, no cashiers, and no being held up by slow customers, credit card transactions or waiting for change. 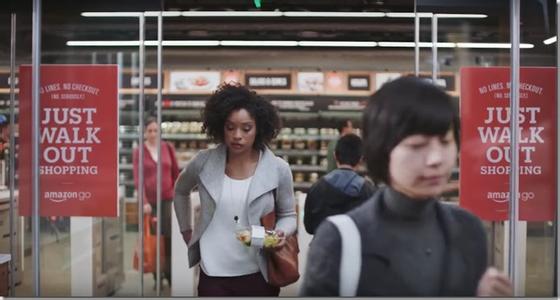 Amazon Go may revolutionize the high street shopping experience and provide a much-needed boost for brick-and-mortar stores. The grocery and convenience store markets are extremely tough nuts to crack. Profit margins are low and competition is intense. However, Amazon seems confident it can change people's shopping habits. Rumours are that the online retail giant has plans for 2,000 grocery stores across the USA. It could also get involved in selling the software for its shopping technology to retailers worldwide. Industry analyst Colin Sebastian suggested Amazon Go could challenge Internet shopping. He said: "It makes it just as convenient, if not more convenient, than online shopping in some cases."