A father in Mexico got a surprise after he posted an invitation to his daughter's 15th birthday party on Facebook. He thought the invite was just going to his family, friends and neighbours. Instead, the post went viral and 1.2 million people have said they would attend the party. Crescencio Ibarra said he would not turn away anyone who came to the party for his daughter Rubi. He said everyone was invited. Mr Ibarra said in a TV interview that he had no idea why his post became so popular and why more than a million people accepted his invitation. He said: "We wanted to invite the people from the area, that's all." So many people might attend the party that the local police will be out in force. 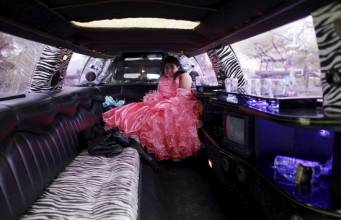 A 15th birthday is an important occasion in a girl's life in Mexico. It is seen as the time when she comes of age. The girl has a special party called a quinceanera. This is a traditional event across much of Latin America. The party usually has lots of guests and the girl wears a beautiful dress, a tiara and make-up. At Rubi's party, there will be three different bands to play music and a horse race in which the winner will get $490. There are many memes (joke pictures) of Mr Ibarra's post on social media. He said Rubi's favourite meme shows Donald Trump and Mexican President Enrique Pena Nieto agreeing to allow undocumented Mexican migrants in the USA to return to Mexico for Rubi's party.