The government of Venezuela has seized nearly 4 million children's toys from a toy distributor. It will give the toys to children for free or at discounted prices in time for Christmas. The government says the distributor was unfairly charging high prices for the toys, which meant only the richest people could buy them. Venezuela has one of the highest rates of inflation in the world. This is the rate at which prices go up. The IMF says the rate could be as much as 2,000 per cent in 2017. Many Venezuelans can't afford to buy non-essential items like toys. Even a jar of Nutella can cost half the monthly minimum salary. In the past few months, Venezuela has also ordered price cuts on clothes. 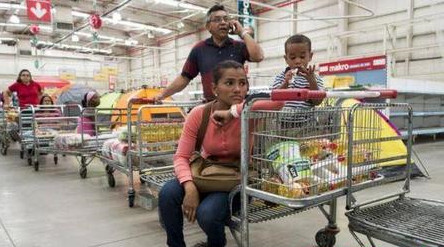 In total, the government seized 3,821,926 toys from two warehouses. It tweeted: "Our children are sacred. We will not let anyone rob them at Christmas. Boys and girls of this country will have a happy Christmas." The government said the toy distributor was keeping the toys out of the shops to reduce their supply and so increase prices. The government also accused the company of buying them with dollars it got at very low rates several years ago and now wanted to sell the toys at much higher prices. The toy distributor has said it has done nothing wrong and was not trying to sell the toys at high prices to make huge profits. It said many of the toys were out of fashion.