The boss of an American medical company claims he has developed a technique to turn brown eyes blue. He says a special laser treatment can remove the brown pigment from brown eyes and that will leave a blue colour. Doctor Gregg Homer says this is possible because all brown-eyed people have the pigments to have blue eyes. “Anyone who has brown eyes has blue eyes underneath…. It’s covered by a thin layer of pigment. We’ve developed a laser that can be fired straight through the clear part of the eye, the cornea, and it disrupts the pigment…and it removes it from the eye.” The cost of this new cosmetic surgery will be around $5,000. The procedure is painless and takes just 20 seconds in the doctor’s chair and then two to four weeks for the colour change to take place. 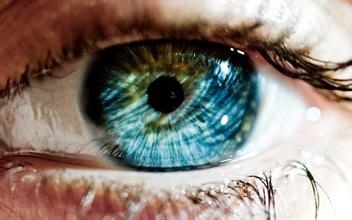 Doctor Homer said demand for the treatment is already very high. He recently appeared on a Los Angeles TV show and got 3,000 requests. People will have to wait as the technique has to be approved by the U.S. medical authorities, although it could be available within 18 months in Europe. Homer said: “I think brown eyes are just as beautiful as blue eyes, but I started doing this because I thought it was a cool technology and I thought it would be nice for people to have a choice. I’m glad other people think it’s cool, too.” Homer does have his critics. One, Dr. Elmer Tu, spokesman for the American College of Ophthalmology, told America’s CBS News that the released brown pigment could potentially blind a person. He recommended blue contact lenses instead.