A Syrian refugee who could hardly speak a word of English two years ago has just passed his high school exams in Australia with flying colours. Saad Al-Kaab, 19, has just graduated with the top marks at one of Australia's biggest high schools. His outstanding overall grades put him in the top 4 per cent of all graduates in Melbourne. Saad fled the civil war in Syria to start a new life in Australia. He said: "Coming to a place where you don't know how to speak, where you don't understand people - it was really hard…because it just felt unreal." He added: "It really makes me sad to think that I have friends in my school back in Syria who were as good as me, but who didn't have the opportunity that I've had." 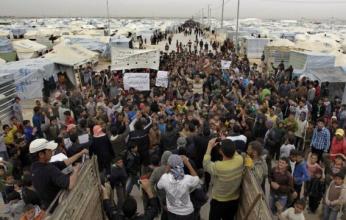 Saad said that he tried to learn English from his cousins for his first two months in Australia. Then he started to watch a popular political programme on television. It is a live broadcast of Australia's politicians questioning their prime minister about the issues of the day. He explained how the show helped his English. He said: "They use the best, persuasive language in parliament. They speak slowly and you can find the words." He said it was very different to Syrian politicians and parliament, where "all they do is clap". Saad is very appreciative of his new beginning. He said: "I just want to say thank you so much to Australia for giving me the opportunity. It's revived me and given me a new life."