Energy drinks packed full of caffeine may be harmful for children. That’s the conclusion of a new report from the University of Miami. Study author Judith Schaechter said popular drinks like Red Bull and Monster Energy have no health benefits. Many of the ingredients used to make them are not regulated. Dr. Schaechter warned that children with conditions such as diabetes, mood swings and heart, kidney or liver diseases may have negative reactions to the drinks and could even die after drinking them. Report co-author Steven Lipshultz said: “Pediatricians need to be aware of the possible effects of energy drinks.” He advised that: “Toxicity surveillance should be improved and regulations of…sales…should be based on appropriate research assessing energy drink safety.” 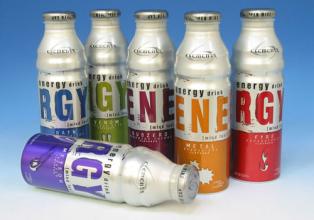 Nearly a third of American children between the ages of 12 to 14 regularly buy these beverages. Sales are steadily rising in the U.S. from $6.5 billion in 2008 to $6.9 billion in 2009. Sales for 2010 are expected to be much higher. American teens say the drinks help them at school. Tracy Wong, 18, said she needs them because, “it pumps my system full of caffeine. That's why I have energy. Caffeine energizes you and keeps you awake." A Red Bull spokesman said: “Red Bull Energy Drink is available in over 160 countries because health authorities across the world have concluded that [it] is safe to consume.” However, it is banned in Germany and Taiwan for containing minute traces of cocaine.