A new crisis is looming between the USA and Russia. It has been brewing since the U.S. presidential election in November amid accusations by Hillary Clinton's team of Russian interference in the electoral process. U.S. officials claimed that Russian intelligence agencies hacked into and stole e-mails from the servers of Ms Clinton's party and released them on the Wikileaks website. The officials said Russian President Vladimir Putin wanted to influence American voters into voting for President-elect Donald Trump. President Barack Obama vowed to take action over the allegations and has expelled 35 Russian diplomats from Washington. He has also shut down two Russian intelligence compounds in the U.S. 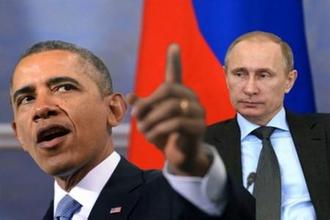 Russia has responded angrily to the expulsions and has denied any involvement in the alleged hacking. It called the U.S. actions "ungrounded". It is likely there will be a tit-for-tat response from Russia. Moscow has promised an "appropriate response" and "counter-measures". Any retaliation, however, may be less severe due to the upcoming inauguration of Mr Trump as President. A Russian spokesman said: "These decisions were taken by President Obama, but Trump will become the head of state in three weeks' time. Of course, this factor will certainly be taken into account one way or another." Mr Trump seeks to put US-Russian relations on a better footing and has a good relationship with Mr Putin.