Scientists have shown that Mozart has a positive effect on many things, but the great composer himself might be surprised that his music helps bananas ripen. A Japanese fruit company, Toyoka Chuo Seika, claims its bananas taste better after being exposed to Mozart’s music for a week. The company has special “ripening chambers” that play wall-to-wall Mozart to its Philippine bananas non-stop for a week. Company officials say "String Quartet No. 17" and "Piano Concerto No. 5 in D major" are particularly good at sweetening the fruit. The company is very confident its methods work. It has started selling its fruit as "Mozart Bananas" in local supermarkets. A spokesperson believes the bananas will become a hit throughout the rest of Japan once word gets out. 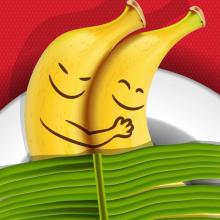 Toyoka Chuo Seika is not the first Japanese company to experiment with classical music to produce better tasting food. The “Japan Times” newspaper reports this is the latest in a trend spanning ten years. It writes: “Over the past few decades, a wide variety of foods and beverages have been exposed to classical vibrations — soy sauce in Kyoto, udon noodles in Tokyo, miso in Yamagata, maitake mushrooms in Ishikawa and "Beethoven Bread" in Nagoya, to name a few.” The paper reports on a 1973 study into music and plants by botanist Dorothy Retallack. It says: “After playing various kinds of music to plants for three hours daily, she found they "preferred" soothing classical, which made them flourish. Rock and country, on the other hand, had either a debilitating effect or none at all.”