Six of the seven countries with the highest obesity rates are English-speaking nations. This is according to a new report from the OECD (Organization for Economic Co-Operation and Development). The country at the top of the list is the USA. This is followed by Mexico, New Zealand, Australia, the United Kingdom, Canada and Ireland. The OECD looked at 33 different countries. The other 26 countries were non-English speaking. The ten slimmest countries included Japan, Korea, Italy, Switzerland and Sweden. Health experts are now wondering why English-speaking countries top the world’s obesity league. One theory is that they are all copying an American lifestyle; people eat a lot of fast food and a lot of it is in sizes considerably larger than those found in the rest of the world. 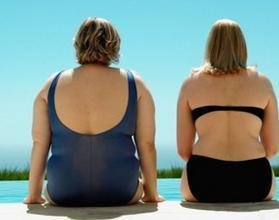 The OECD report contains some interesting statistics. Australia has the fastest growing obesity rates. They are expected to rise by another 15 per cent over the next decade. This compares to an increase of five per cent in South Korea. Education makes a big difference to weight in America and Sweden. Poorly educated women are 30 per cent more likely to be overweight than those who had a good education. Swedish women with poor educations are more than twice as overweight as educated women. In the USA and UK, children are particularly overweight. Around 30 per cent of British kids are overweight, compared with 40 per cent for their American counterparts. In Sweden, one person in ten is obese, although more than half of adult men and a third of adult women are overweight there.