A study carried out in Germany has found that chocolate may be good for your heart. This is fantastic news for all chocolate lovers. The extensive research was conducted over eight years. The research team followed the chocolate-eating habits and health of almost 20,000 people. They compared how much chocolate was in their diet to the number of heart attacks and strokes people had. Lead researcher Brian Buijsse said: "The good news is that chocolate is not as bad as we used to think, and may even lower the risk of heart disease and stroke." Mr Buijsse said his team found that dark chocolate was the healthiest kind to eat: "Dark chocolate exhibits the greatest effects, milk chocolate fewer, and white chocolate no effects," he said. 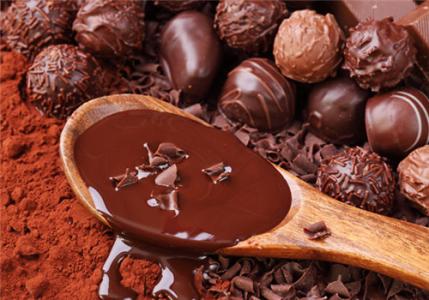 The German study showed that people who ate the most chocolate (at least one bar per week) reduced their risk of having a heart attack by 27 per cent. The risk of suffering a stroke was cut by as much as 48 per cent. Nutrition experts believe that natural compounds in chocolate called flavonols are good for our heart. Flavonols also help reduce blood pressure. They are found in cocoa beans so dark chocolate (which has more cocoa) contains more of them than milk chocolate (which has more fat). Buijsse warns people not to suddenly eat lots of chocolate: "Eating higher amounts will most likely result in weight gain. If people start eating small amounts of chocolate, it should replace something else, preferably other high-calorie sweets or snacks."