JUDY WOODRUFF: And now to a different court question, and that is the mounting controversy over President Trump's attacks on the judiciary. We have just referred to them.

For that, we turn to two former judges. Paul Cassell teaches at the University of Utah College of Law. He served as a federal judge for five years in Utah's district court. And Rebecca Kourlis is a former justice of the Colorado Supreme Court. She now runs the Institute for the Advancement of the American Legal System at the University of Denver.

And we welcome both of you to the program.

And, of course, I'm talking to you, Professor Cassell and Justice Kourlis, just as we have learned about what the circuit court in California has ruled, and that is denying the administration's appeal.

But let me turn to you first, Justice Kourlis. What is your reaction to what President Trump has been saying in recent days about this circuit court in California?

REBECCA KOURLIS, Former Colorado Supreme Court Justice: Good evening, Judy, and thanks for the opportunity to comment on this.

My concern is not so much the disagreement with the outcome, but rather the attack on sort of the legitimacy of the process. And that risks further polarity, further critique of the judiciary as a political branch of government, which it is not, cannot be, was never intended to be.

JUDY WOODRUFF: So, an attack on the legal system, is what you're saying. And you're saying it's inappropriate, it's over the line? How would you characterize it?

REBECCA KOURLIS: Well, I don't want to sort of join in the epithet-tossing contest that we seem to be in nationally at present.

But I am a longtime former judge, justice. I now study the court in the context of IAALS, the institute at which I work. And our whole focus is on trying to protect the independence and impartiality of the judiciary, which is not to say that I'm an apologist for judges. Judges make mistakes. Judges can approach cases in a biased way.

There are some judges who are activists. But the point is that the process itself is what we count on, and we agree as a society that we will trust the ultimate outcome from that process. There are appeals. There are ways to approach things, but ultimately it's about the balance of powers and the legitimacy of the courts.

JUDY WOODRUFF: Professor Cassell, how do you see it, what the president has been saying about the court, very critical remarks?

PAUL CASSELL, University of Utah College of Law: Well, I think he's been very critical of the courts, but then again, the court has been striking down or at least staying one of the signature pieces of his campaign, the immigration reform.

So I see the dialogue as in some ways being healthy, although I would hope that the discourse could be elevated at least above some of the things that have recently been said.

JUDY WOODRUFF: Justice Kourlis, why isn't it just healthy dialogue? It does go back. We think about what other presidents have said and done about the court.

REBECCA KOURLIS: So, here's sort of the bottom line for me, Judy.

It's not OK to criticize a judge as illegitimate or activist just because you disagree with the outcome. It's fine to say, I think that's the wrong ruling, I disagree with the basis upon which the ruling is issued. But to sort of claim that the judge has no right to issue that ruling, that to me crosses the line.

Is that calling into question the very role that judges play?

REBECCA KOURLIS: It is to me. 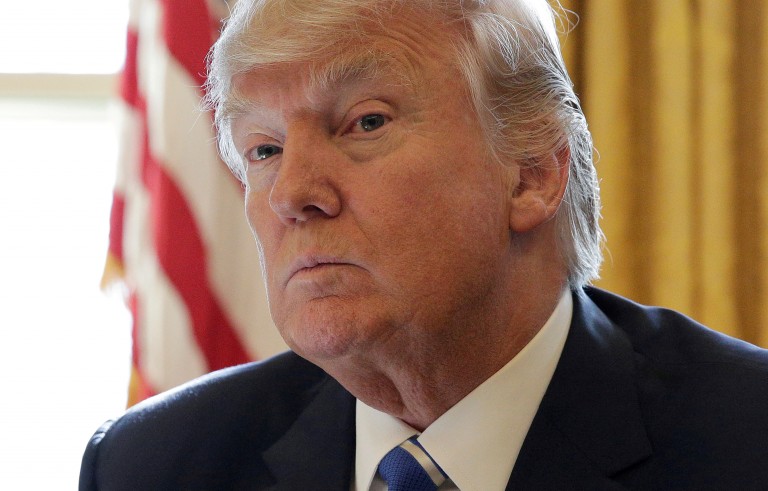 JUDY WOODRUFF: I'm sorry. I meant that for Professor Cassell.

President Trump has made it one of his signature I guess style points, you could say, that he's going to be very plainspoken. And so it's not surprising to find he's using strong language to criticize the judges. I wouldn't be using that same language.

I think it's a violation of our rules of civility, but one of the things that President Trump has indicated is that he's going to press some of those boundaries and he's going to use these forms of communication like Twitter that probably prevents some of the nuance or maybe even some of the elegance that we have seen from previous presidents.

JUDY WOODRUFF: So, Justice Kourlis, what about that? It can be argued that this president is taking advantage of new methods of communication, including Twitter.

REBECCA KOURLIS: I'm OK with that, actually, and I'm OK with plain talk and an effort to pierce through some of the complexities of the legal system, because I certainly don't think it's OK to hide behind that.

But my point fundamentally is that judges have a role. Their role is to determine the facts in front of them at the trial court level, apply the law, rule, and then the parties can appeal it as far up the process as possible.

If the whole process is perceived to be political, if judges are perceived to rule on the basis of who appointed them or what political party they have, then impartiality goes out the window. So people in positions of power, people in leadership positions, I hold to a higher standard of acknowledging the balance of powers, the role of each branch of government.

And, by the way, I would apply this evenhandedly. I don't think it's OK to call President Trump a so-called president. There's a legitimacy of process that we all honor and that's part of democracy.

JUDY WOODRUFF: What about the point she's making, Professor Cassell?

PAUL CASSELL: Well, President Trump I think has recognized legitimacy of the process. He's appealed to the Ninth Circuit, and I'm assuming he's going to ask the Justice Department to appeal to the Supreme Court now to have the decision overturned.

But I think it's unfair to take certain labels off the table as inappropriate. There is a healthy debate in this country about whether our judiciary and particularly our federal judiciary is too activist, that is, it is making laws, rather than applying laws.

JUDY WOODRUFF: Well, I just want to come back to you quickly, Professor Cassell, and read to you what President Trump said in one of his remarks.

He said: "This judge opens up our country to potential terrorists." He said, "If something happens, blame him and the court system."

You think that's within the bounds of what a president can say?

PAUL CASSELL: Yes, absolutely. What's at stake in this immigration debate is a debate about whether we're effectively protecting our country from terrorism.

And so to point to the consequences of an adverse ruling is exactly what the government lawyers are doing out in the Ninth Circuit and I assume will be doing soon to the Supreme Court.

JUDY WOODRUFF: And we do expect — we have ever reason to assume the White House, the administration will continue to challenge and to appeal that decision.

Well, we want to thank both of you, Professor Paul Cassell, Justice Rebecca Kourlis. We appreciate you joining us. Thank you.