Scientists in the USA have found that singing helps stroke victims with their speech difficulties. Doctors at two different medical schools said they had great success with getting patients to sing words instead of speak them. The treatment is called Music Intonation Therapy (MIT). One of the researchers, Gottfried Schlaug, gave an example of a success story. He showed a video of someone who had a stroke who could not speak the words of a birthday song. The person could only repeat the letters N and O. When Dr Schlaug asked him to sing the song, the words "happy birthday to you" came out. Schlaug said: "This patient has meaningless utterances when we ask him to say the words but as soon as we asked him to sing, he was able to speak the words." 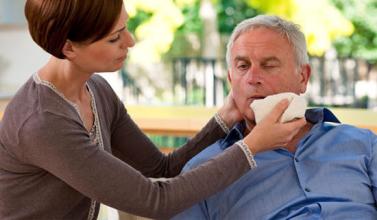 The research team is still unclear why MIT works. Dr Schlaug has one theory. He points out that the brain processes music in a different part from that which deals with speech but that there are areas of overlap. "Music-making is a multisensory experience that simultaneously activates several systems in the brain and links and loops them together. It engages many regions of the brain," he said. MIT treatment is a very long process. It can last for up to 16 years and requires hourly sessions five days a week. The good news is the benefits of the therapy are usually permanent. Two thirds of patients who tried MIT with Dr Schlaug reported they could say more words. MIT could potentially help up to 70,000 stroke victims in the USA alone.