We were taught at school that there were nine planets, but now there are eight (scientists said Pluto is not a planet). Now we may have to change our thinking about how many continents there are. We are taught there are seven continents - Asia, Africa, North America, South America, Antarctica, Europe, and Australia. Geologists (people who study the land and the earth) now say there is an eighth continent - Zealandia. This is a huge, largely underwater landmass in the southern Pacific Ocean. Six per cent of this landmass is above water and is what we know as New Zealand and New Caledonia. Around 94 per cent of it is under the ocean. In total, it measures five million square kilometres, which scientists say is big enough to be a continent. 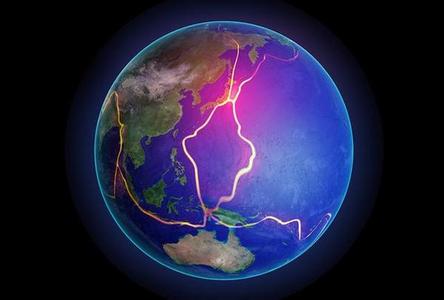 Geologists explained why they think Zealandia is a continent. They wrote a research paper and published it in the Geological Society of America's Journal. They argue that the land does not have to be above water for it to be a continent. They said four different points make Zealandia a continent. It is a lot higher than the surrounding area, it has a unique geology, it is easy to find the shape of the continent, and it is a lot thicker than the ocean floor. Nick Mortimer, a geologist at GNS Science in New Zealand, said it would be easy to understand that Zealandia is a continent, "if you could pull the plug on the world's oceans" and let the water out. However, it may take some time before scientists agree that there are eight continents.