This news might not come as a great surprise to mothers, but a new study confirms that moms (and mums) get less sleep than fathers. Researchers at Georgia Southern University in the USA analyzed data on the sleeping habits and patterns of nearly 3,000 women and 3,000 men. They wanted to get to the bottom of what affects adults' sleep. The researchers discovered that having children in the house leads to sleep deprivation in many mothers. Motherhood significantly reduced the number of hours a mother slept each night. Unsurprisingly, this had an adverse effect on mothers' energy levels and tiredness during the day. The study found that fathers' sleep remained largely unaffected by having kids in the house. 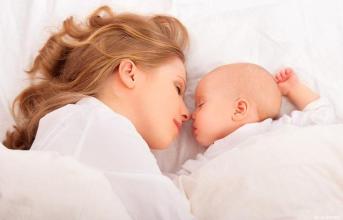 The study reveals that children were the biggest cause of mothers being sleep deprived. Dr Kelly Sullivan, co-author of the report, said each child increased a woman's risk of getting insufficient sleep by 46 per cent. In addition, 48 per cent of mothers under 45 reported getting an average of seven hours of sleep a night, compared with 62 per cent of women of the same age who did not have children at home. Dr Sullivan said a lack of sleep negatively impacts physical and mental well-being. It increases the risk of diabetes, obesity, cardiovascular disease, and depression. She added: "It's important to learn what is keeping people from getting the rest they need so we can help them work towards better health."