Scientists have found a new use for children’s imaginations. To make the pain from stomachaches go away. The BBC reports on a new study that shows: “Children can be taught to use their imagination to tackle frequent bouts of stomach pain.” This may be very good news for parents who need a quick remedy for their sick children. Any mother or father understands stomach problems are one of the most frequent things their children complain about. Around twenty per cent of children suffer from stomachaches that doctors cannot find a reason for. This new research is especially good for kids with active imaginations. Researchers found that the more creative the child is, the better he or she is at imagining the pain away. 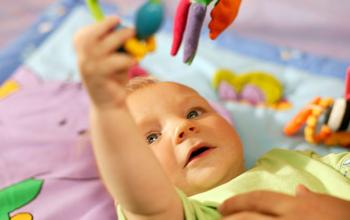 The researchers, from America’s University of North Carolina and Duke University Medical Center, used a relaxation CD with children. The kids listened to a voice that guided them through different fantasy situations. One of these was pretending to be floating on a cloud. Thirty children took part in the tests. Half of them used the “guided imagery” techniques, the other half received normal medicines. Researchers found 73.3 per cent of the CD users reported a reduction in pain. This compared to only 26.7 per cent of kids who got normal treatment. Study leader Dr Miranda van Tilburg was very excited about her findings. She believes it could be a very cheap and easy way to stop children’s stomach pains. She said it would not work as well with adults.