Gender equality has reached the small human characters on traffic signals in Australia. Signals at ten pedestrian crossings in the city of Melbourne now depict walking red and green people in dresses. The initiative is part of a trial 12-month gender equality campaign unveiled by the city. The Minister for Women, Fiona Richardson, explained that the rationale behind the trial was to put more images of women in public places. She said: "There are many small, but symbolically significant ways that women are excluded from public space. This is a wonderful way to make public space more inclusive for women." She hopes the city's signals will have equal numbers of male and female figures in the future. 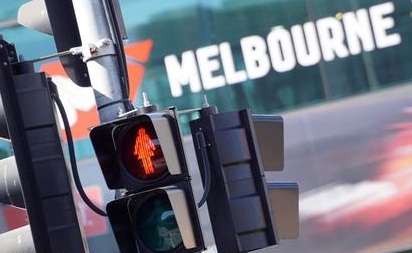 The new signals have drawn a mixed response from citizens. Many critics say the new scheme is unnecessary and a waste of taxpayers' money. A leading critic is Melbourne's mayor Robert Doyle, who told reporters: "I'm all for doing anything we can for gender equity, but really?" He added: "Unfortunately, I think this sort of costly exercise is more likely to bring derision." Others said the new images were a sign of political correctness gone crazy. Social media users asked why the image of the woman has to wear a dress, when many women wear trousers. Others said the money could have been better used for worthier projects that helped people in need.