The United Nations (UN) has reported that the world is facing its biggest humanitarian crisis since 1945. It has issued a plea to all nations to help avoid "a catastrophe". UN Emergency Relief Coordinator, Stephen O'Brien, warned that more than 20 million people face the threat of starvation and famine in Kenya, Nigeria, Somalia, South Sudan and Yemen. He stressed there was an urgent need for, "accelerated global efforts to support UN humanitarian action on the ground". Mr O'Brien told the UN Security Council: "We stand at a critical point in history. Already at the beginning of the year we are facing the largest humanitarian crisis since the creation of the UN." 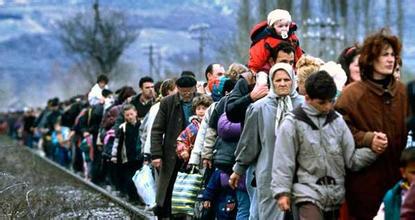 The UN warned of a bleak future for millions in the affected African countries and Yemen. It said: "Without collective and coordinated global efforts…people risk starving to death and succumbing to disease … [with] stunted children, lost futures, mass displacements and reversed development gains." While the natural El Nino weather phenomenon has brought little or no rain, a lot of the problems fuelling the crisis are man made. War and conflicts are displacing many in these countries and are hampering efforts to distribute aid. There are reports of aid convoys being attacked. Mr O'Brien said: "It is possible to avert this crisis, to avert these famines, to avert these looming human catastrophes. It is all preventable."