Social media websites in Germany could be in for fines of up to 50 million euros ($54 million) for removing illegal content too slowly. The German government has decided to crack down on the darker side of online content, including hate speech, slander, fake news and other illegal material. Under the proposed new law, the likes of Facebook and Twitter would be given seven days to delete content flagged as illegal, or incur a heavy financial penalty. Any content deemed to be "clearly criminal" would have to be removed within 24 hours. Germany's justice minister Heiko Maas quoted research which suggested Twitter deletes only one per cent of the hate speech it is told about by users, and Facebook, 39 per cent. 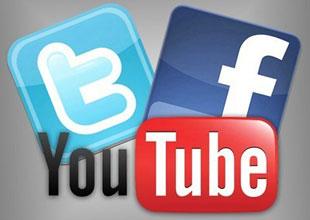 Mr Maas said the new fines and regulations were necessary due to heightening concern over the influence social media is having in shaping public opinion. He said: "The biggest problem is that the social networks do not take the complaints of their own users seriously enough." He added that voluntary efforts to tackle the problem were not working, saying: "Too few comments are deleted, and they're not being deleted quickly enough." Mr Maas said all social media companies would be required to set up a complaints team that must be operational 24/7. A digital trade organization feared that removing content within 24 hours from sites that handle more than one billion posts per day was "utterly impossible".