Leaving your children with their grandparents may be bad for the little ones’ health. This is according to new research in the ‘International Journal of Obesity’. The British study showed that children who are looked after by their grandparents tend to me more overweight. Researchers looked at over 12,000 toddlers between the ages of nine months and three years. Their data showed that grandparents increased the risk of obesity in the children by as much as 34 per cent. Kids who are looked after by their parents or who go to nurseries had no similar risk of weight problems. The research also showed that children of richer parents were more at risk, especially if the mother had a management position and/or a university education. 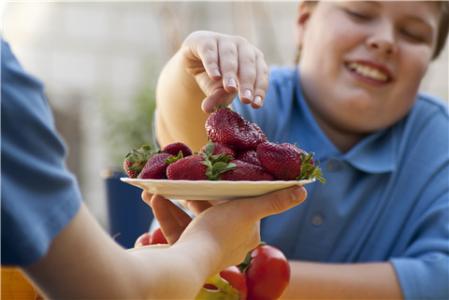 This research could help reduce the rate of obesity in Britain. Almost a quarter of pre-schoolers are overweight or obese. These new statistics should send an important message to grandparents – stop filling your grandchildren with snacks and sugary treats. We all know how our grandparents like to spoil us. It is the same all over the world. The research did not look into why young children are more at risk of obesity with their grandparents. However, there are several possible reasons. One is that older people might be less aware of proper nutrition and so give their grandchildren unhealthy food. Another possible cause is that older people are less active and might not play with the children. It might also be that British people in general are becoming less active.