China's navy is growing stronger and stronger. On Wednesday, it launched its first aircraft carrier that it built completely on its own. China now has two aircraft carriers. The first one was built by Russia and came into service in 2012. The new 50,000-ton carrier is the first to be developed and built by China. It was launched at a ceremony in the shipyard of the China Shipbuilding Corporation. Navy officials followed tradition and broke a bottle of champagne on the carrier's bow. Development of the new carrier started in 2013. The shipyard started building it in late 2015. The Chinese Navy will test the new carrier at sea for the next three years. It will go into service in 2020 after all of the airplanes it needs are ready. 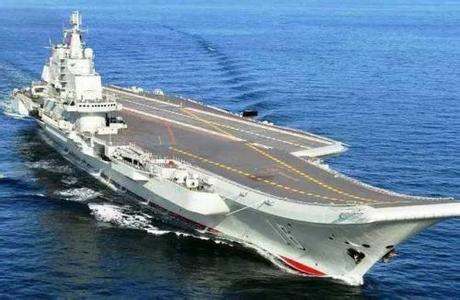 A spokesperson for the Chinese said he was, "proud of the great achievement made by the country in modernizing the national defense and military". He added that the aircraft carrier would help to strengthen China's ability to protect itself. He also said China could now look after its borders and protect its shipping and trade routes. A social media user on Weibo (the Chinese Twitter) said the new carrier was, "a symbol of China's technological power, industrial capability and overall strength". There are reports that China is planning to build at least two and possibly up to four more carriers. The new carriers could be as big as the biggest U.S. Navy carriers. They could weigh as much as 100,000 tons.