People used to believe that taking an afternoon nap was good for their health. However, according to a new report, daytime dozing may actually harm our health, especially in the elderly. A team of American researchers told the recent International Stroke Conference that older people who regularly napped were more likely to suffer a stroke. Their research showed that “some dozing” increased the risk of a stroke by up to 2.6 times, compared with those who never took naps. “Significant dozing” meant the risk was 4.5 times higher. The researchers said that the habit of napping may be an early warning sign of a future stroke. The team leader, Dr Bernadette Boden-Albala advised doctors to keep a check on older people who often dozed off. She said: “If patients are moderately or significantly dozing, physicians need to think about sending them for further evaluation." 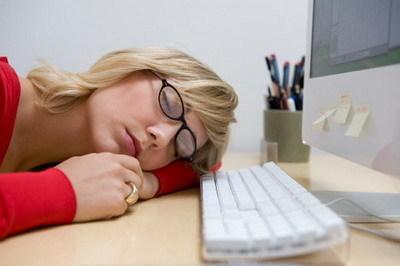 In the two-and-a-half-year study, the team asked 2,000 people how often they dozed off in different situations. These included while watching TV, sitting and chatting to someone, relaxing after lunch, and stopping in traffic while driving. All the participants were aged 40 or above and none had previously suffered a stroke. The team’s findings were adjusted to take into account traditional stroke risk factors, such as age, race, gender, education, blood pressure, diabetes, obesity, and levels of exercise. Dr Boden-Albala suggested we need to question what is healthiest for us, saying “sleepiness obviously puts us at risk of stroke". She added this was important to ask because other studies show that people do not get enough sleep, which makes them constantly tired. The study’s findings may not be comfortable reading for those in countries where siestas are common.